Back to Campaign Site

Your Act of Generosity, Our Longevity

With planned giving, you can provide long-lasting support for the University of Northern Colorado while enjoying financial benefits for yourself.

You are at: Planned Giving > Gift Options > Donor Stories 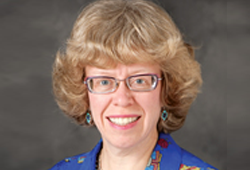 Dr. Mary Jo Drew was born in Greeley in 1957 and attended Greeley public schools. Drew graduated from the University of Northern Colorado with a degree in biological sciences in 1979.

Mary Jo DrewWhile at UNC, Drew was privileged to study under many great professors in biology and chemistry, as well as English literature, anthropology and fine arts. In particular, Dr. Ed Richards was and is a mentor, friend and "academic dad" to Drew, and she considers the UNC premedical committee vital to her success.

In 1983, Drew graduated from medical school at the University of Colorado, and earned her MHSA from the University of Michigan in 2000. Drew initially entered medical school to be an internist or oncologist, but discovered the clinical lab her sophomore year. She then considered pursuing a career in anatomic pathology (tissue diagnosis, cytology, biopsies, autopsy medicine) with the encouragement of several professors. But, it was during Drew's third and fourth years of residency after spending time in the blood bank and coagulation labs that she realized her talent in those areas as well as in hematopathology. Drew chose a fellowship in blood banking/transfusion medicine and felt she could utilize her analytical abilities and people skills in the area of clinical pathology.

"Each area of the country and mode of practice has broadened my perspective and underscored the vital role UNC played in getting me where I am today in my life and career, " Drew said of her opportunities to practice medicine.

UNC will receive a $1.5 million planned gift from Drew to create a distinguished professorship and memorial scholarship and provide funding for student research. Drew says she feels strongly about supporting science education and being a good mentor to others who want to pursue medicine. Through financial support and mentorship, Drew hopes to inspire future medical professionals at UNC.

"I will always be grateful for the mentoring and friendships first nurtured at UNC and have a strong desire to continue this legacy by supporting upcoming generations of students in achieving their goals through the best in higher education."

Drew's gift will fund three areas, with $750,000 set aside to establish the Dr. Mary Jo Drew Biological Sciences Professorship to attract and retain distinguished faculty scholars, the remainder of the gift will be allocated with 70% contributed to the William J. deAtherage Memorial Scholarship to provide financial assistance to pre-med students and 30% to the Student Research Fund, an area of emphasis in the College of Natural and Health Sciences.

"Dr. Mary Jo Drew's multi-faceted gift commitment will have significant impact on the college as a whole and the Biological Sciences program in particular," said Denise Battles, former Dean of the College of Natural and Health Sciences. "We are grateful for Dr. Drew's generosity and her desire to support our students, programs, and faculty."

Added UNC President Kay Norton: "As a leader in her field, Dr. Drew represents what our students aspire to become. We appreciate tremendously her commitment and are extremely honored that she's chosen to leave a legacy at UNC that will make an indelible impact on countless lives."

"I think alumni need to get involved if they haven't. They need to get back in touch with their school to see the great stuff that is happening," said Drew. "Once they support the place that got them launched professionally, they'll realize the impact it had on their lives."